Every Day’s an Adventure: How client services at a digital agency is like running Dungeons & Dragons

It’s become popular in marketing in recent years to develop a “hero’s journey,” starring a buyer persona as the protagonist and the relevant product or service as the game-changing catalyst -- the sword in the stone, the silver bullet, the magic key. This approach can be very effective. It speaks to thought patterns and narrative-building conventions people have turned to for countless generations. But perhaps most importantly -- the reason it works -- is that this method makes people feel heroic for making “the right choice.”

Working for a digital agency, within a multiorganizational team, there are more stakeholders. While a singular hero is all well and good for the final, outward-facing narrative you produce, a good marketing agency can make everyone they work with not only feel heroic but be heroic.

That’s why, as someone who has been running games off and on for more than a decade and working in the agency world for the better part of one, I’d say agency work is a lot more Dungeons & Dragons than The Iliad.

Not just a roll of the dice

If you don’t know, Dungeons & Dragons is a tabletop roleplaying game (TTRPG) initially dreamed up nearly half a century ago -- and presently having something of a cultural moment. In D&D, players create and “roleplay” adventurers on a quest or larger campaign. Players typically create their characters (mostly) independently, meaning any single adventuring party can represent as diverse an array of motivations as it does skill sets -- and sometimes more!

💡A tabletop roleplaying game (TTRPG) is a game where players assume the roles of characters and describe their actions via speech (or, in some cases, text). The outcomes of these actions are determined by the game’s rules, the characterizations of those involved, and, typically, an element of chance -- the most iconic being D&D’s set of varied dice. TTRPGs are a precursor and relative of roleplaying game (RPG) video games, such as Final Fantasy, Bioshock and Dragon Age.

Keeping a game going forward in an engaging, productive way is no small task, even beyond the hurdle of finding a few free hours on everyone’s schedules. The best, most satisfying D&D adventures happen when the Dungeon Master (DM) understands each player’s character’s (and the group’s as a whole):

💡The dungeon master (DM) runs the adventure. That includes a lot of writing, organizing and improvisation; specifically, developing a world, story, nonplayer characters (NPCs) and various other details to set the scene and narrate the events. The DM controls everything the player characters don’t and is therefore responsible for creating the challenges the heroic players will face.

This knowledge helps the DM create plots that the characters want to advance, because they are

For example, as a DM, I wouldn’t force a rogue, who relies on out-of-combat utility and the element of surprise to take down single targets, into a gladiatorial pit filled with tons of lions. There are wizards, clerics and the like for that.

Similarly, Function’s not going to ask me, as a copywriter, to design an advanced, one-of-a-kind back-end HubSpot integration. But we do have team members for that! As a DM, or as a digital agency serving a client and working with a team, it’s your job to see the big picture, the overarching story we’re all trying to tell -- and see how you can set up every participant for success and every stakeholder for satisfaction.

That goes for both relationship management and deliverable creation itself -- you want to be giving stakeholders what they want, but without blowing up your “main plot” (unless you really, really have to). 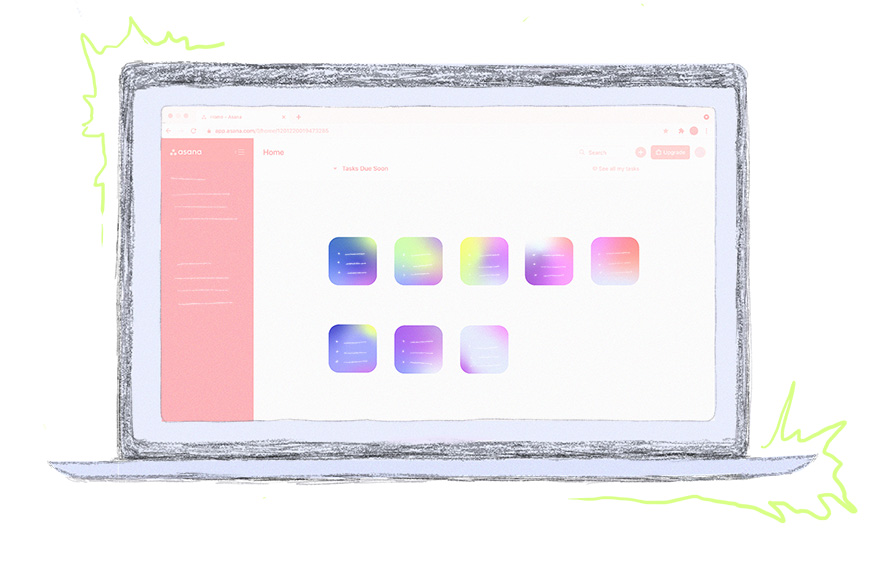 When you’re laying out your roadmap and envisioning your project’s success, try looking at your team the way a good DM looks at their player characters.

Consider for each of them:

Finding a “story hook” to better engage your colleague can help them deliver better work and have a better time doing it, all while feeling seen and appreciated. For example, if a team member has a proven history working with a specific product or aspect in your scope, show them how this advances those same goals and builds on the progress they’ve helped create. It’s motivating, and it shows you’re paying attention.

Similarly, if you know all the ways your various team members can truly shine, and where they could use a little help, you can assign out tasks to set them up for success without lowering the bar.

Whether it’s a D&D campaign or a brand story, the narrative “final product” will include heroes making the decisions it takes to become empowered, overcome obstacles and achieve their goals. This monomyth approach was first developed to confirm the value of buyers’ goals and their steps toward those goals.

If you extend that same approach, building on what your team and your stakeholders give you to provide tailored, creative, engaging narratives, the results are bound to show up, not just in traffic numbers and conversion rates, but in team morale and renewed (or expanded!) contracts. Often, all it takes to inspire heroism is to provide the right opportunity to the right person.

Interested in learning more, or working with FXN Studio?

Cameron DeOrdio forges and strengthens communities through the power of storytelling and narrative, whether it’s talking with neighbors about building a better, more equitable future; running Dungeons & Dragons games for his friends; or connecting clients with audiences. He is an experienced, versatile writer, having written for B2B tech clients’ content marketing and public relations needs, journalism, short horror fiction, and comic books, including Archie Comics’ 2016 reboot of Josie and the Pussycats.